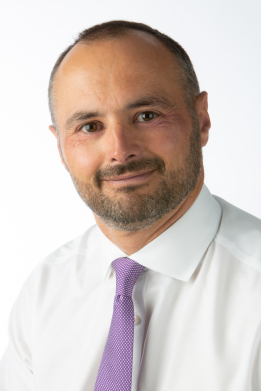 Mark Brinsden, a Consultant Orthopaedic Shoulder and Elbow Surgeon, joined the Royal Navy as a medical student at University College Hospital, London and graduated in 1993. After pre-registration “house” jobs in the Westcountry he graduated from the Britannia Royal Naval College Dartmouth in 1994. He completed royal marines commando training and joined 40 Commando Royal Marines as their general duties medical officer. He provided medical support to 800 royal marines on operations in Northern Ireland, the Mediterranean, the Far East and South Africa.


In 1997, he returned to a basic surgical training rotation at Plymouth and gained experience in general and vascular surgery; plastic surgery; trauma and orthopaedics; and intensive care. He was awarded Membership of the Royal College of Surgeons of England in 1999.


He was subsequently appointed to higher surgical training and as a specialist registrar gained a broad experience during three years in the Peninsula Deanery and then moved to Oxford for more specialist training. He was awarded Fellowship of the Royal College of Surgeons of England (Trauma and Orthopaedics) in 2004. He received fellowship training in shoulder and elbow surgery at the Nuffield Orthopaedic Centre, Oxford; and trauma surgery at the John Radcliffe Hospital, Oxford.


He was awarded GMC Specialist Registration (Trauma and Orthopaedic Surgery) in 2005.  Between 2005 and 2013 he served as a military Consultant Trauma and Orthopaedic Surgeon at MDHU Derriford, during which time he supported deployed military operations in Iraq and Afghanistan.  He retired his commission after 22 years and was appointed to a NHS consultant post at University Hospitals Plymouth NHS Trust.

Alongside his busy clinical practice he is an Intercollegiate Specialty Board examiner for the FRCS(Tr&Orth) exam; the Service Line Director for Trauma, Orthopaedics and Rheumatology at the Peninsula Major Trauma Centre; a member of the regional training committee for the Peninsula Deanery; a reviewer for two scientific journals; and the Medical Officer/Team Member for the Dartmoor Search and Rescue Team (Plymouth).

Fellow of The Royal College of Surgeons of England

Fellow of the British Orthopaedic Association

Member of The British Elbow and Shoulder Society

Member of The Orthopaedic Trauma Society

Member of the South West Shoulder and Elbow Group

Member of the Peninsula Elbow Group